While looking for a training website I like which deals with incorporating "horse yoga" and massage into groundwork and riding (Desert Horse Equestrian Services) I accidentally came across a breed of horses which I had never heard of before, the Namib Desert Horse.  This is a group of about 150 feral horses (like the American Mustang) which lives in the African Namib Desert, right off the Skeleton Coast.  Their origin is "shrouded in mystery" but it's thought they descend from German domestic horses either shipwrecked or escaped from a stud farm in German South West Africa.

What's certain is that they are not indigenous to the area and that they are genetically most closely related to the Shagya Arabian, although they have a specific variant which is thought to be a mutation which occurred after the horses became established in the desert, which is what allows them to be considered a separate breed.  These horses have adapted themselves to life in the desert in other ways than genetic mutations, however, which can be seen in their behavior; they play or rest and eat and drink more or less depending on the weather conditions, temperatures and available grazing.

So I'll leave you with some links to read more if you like and some photos (not mine, just photos I found on the web), I just found this fascinating and wanted to share it with everyone, hope you enjoy their story as much as I have! 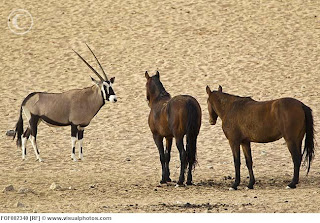 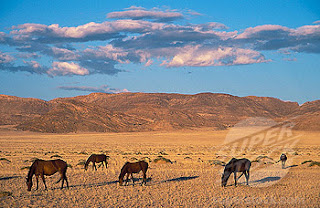 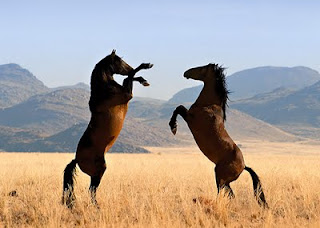 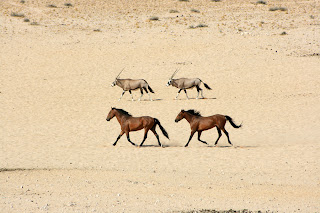 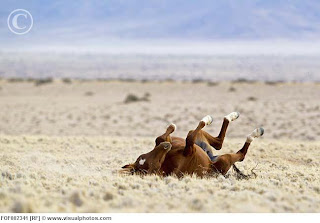 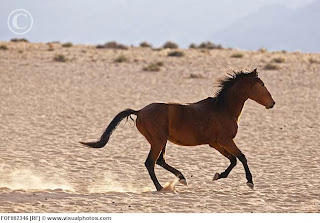 Posted by Starbuck's Human at 8:45 AM