First ride outside the arena!

We did it!!!  A lot later than I had initially thought and now I think I could have done it a lot sooner, but I finally worked up the courage to ride Starbuck out of the arena and around the stableyard! 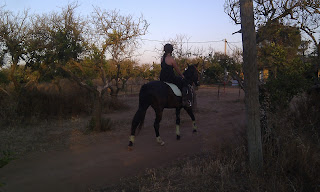 Yesterday's ride was a good one, we started out a little lazy since she wasn't moving very well with her hind legs, thus falling onto her forehand and stumbling a fair amount.  So we just worked on lots of walk and a few trot transitions in the upper part and non-scary side of the arena until she was completely relaxed.  Then we went over to the scary side where my friend Belén and her horse Cancunen were doing some canter exercises and walked in a 15 meter circle inside their circle.  With Cancunen on the outside protecting her from all those invisible monsters she did fine, however once they headed off to cool down and we were all by ourselves Starbuck got nervous again, with lots of jumps and spins and stalls.  I was at least able to keep my seat and keep her more or less headed in the direction I wanted her to go most of the time.

We were making some good progress and she just was starting to relax when someone came out of the bar holding some shopping bags and it all went to hell in a handbasket.  She tried out all her moves at once - sideways jump, 180º spin and a dash in the other direction but luckily I trained her to do a one-rein stop and was able to get her and myself under control.  Even so I ended up with one foot out of the stirrup and sitting on altogether the wrong part of the saddle.  I was so mad!  So I steered her over to the upper part of the arena where she doesn't freak out and asked for a brisk trot which I made her keep up for a good 5-7 minutes until she was obviously listening to me (this time she didn't stumble) and when I slowed down to a walk I called out to Belén who having finished her lesson was passing the arena and told her to wait up, that I'd join her for a walk around the stableyard.

I was a little worried as we walked through the arena gate and past the tying posts - Starbuck got a little tense and flicked her ears back as if she were asking me what to do, so I just rubbed her withers a little and kept her going the same speed as Cancunen as we walked all the way around the paddocks and back to the arena.  And after that first little question to me, she didn't bat an eye!  She was totally calm, even when we walked by the stallions and one of them lunged at us, and even seemed to enjoy the change of pace.  I'm so excited since this means that in the future we can cool down this way and hopefully will be able to go on our first trail ride soon!  Wooooooo!!!!! 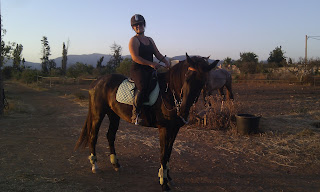 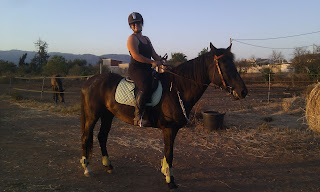 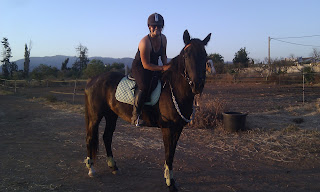 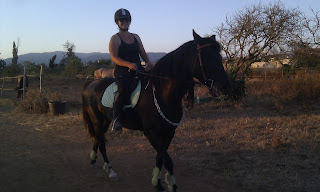 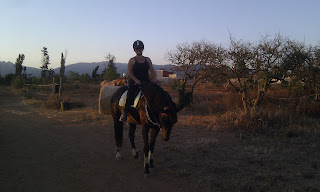 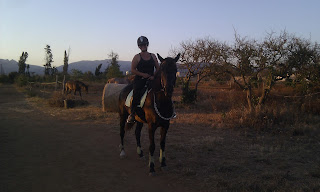 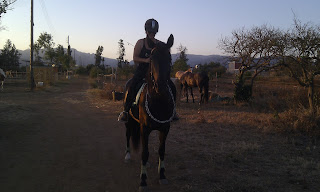 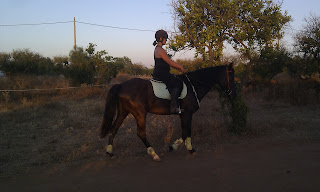 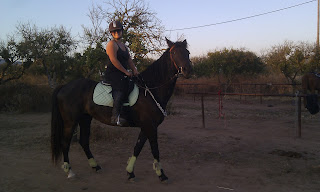 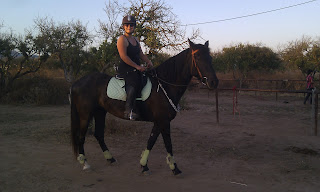 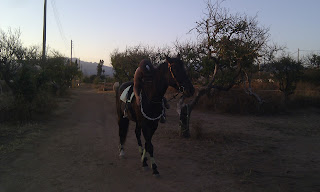